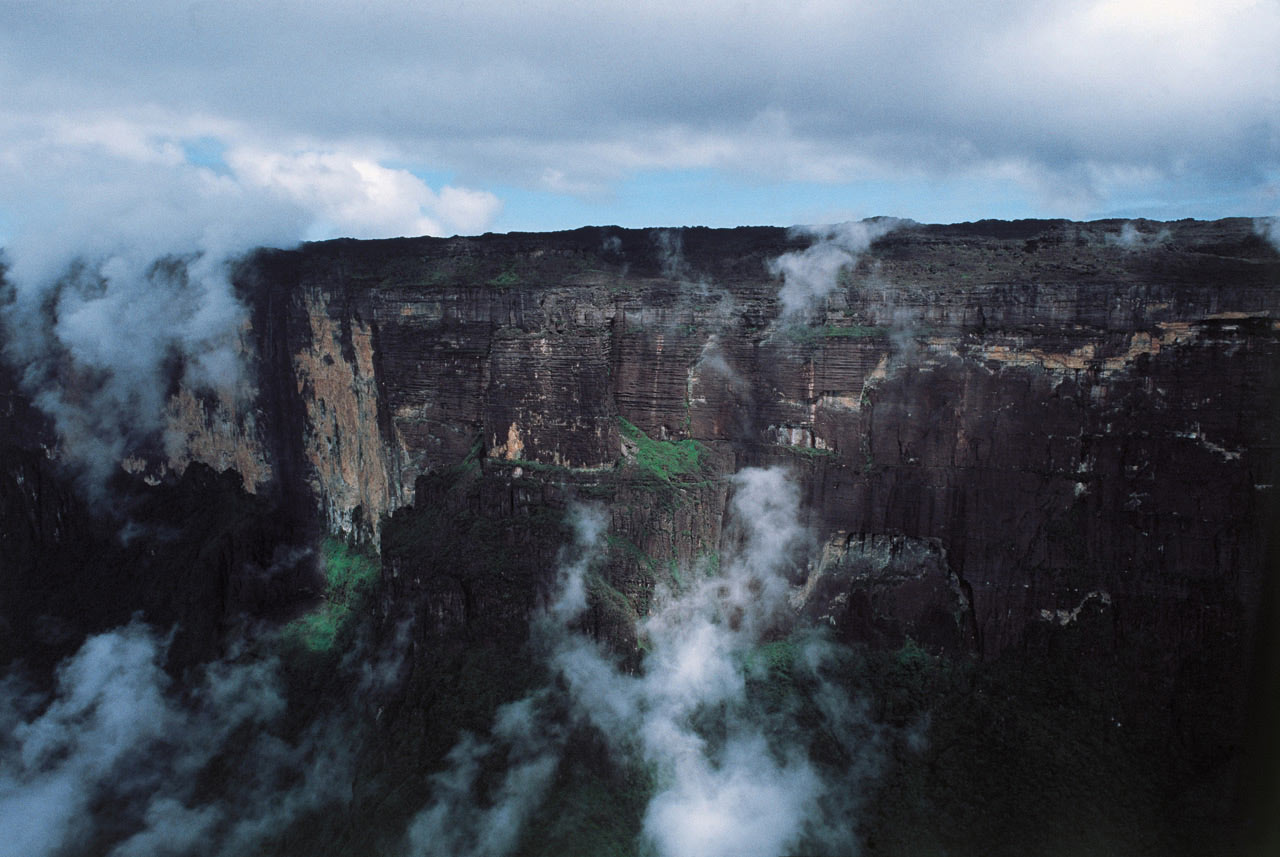 WAKUÃNAI
Ancestors of the Jaguar
In the land of the WakuÃ©nai, there was a hole that contained every seed in existence. From this hole, the Creator IÃ±apirrikuli pulled out all living beings, including Indians and white men. He showed the Indians books and asked them if they wanted them. They answered no. He then showed them bows, arrows, canoes, and blowpipes, and immediately, they said yes. When he pulled out the white men and showed them books, they said yes. It was in this way that he brought each being into the world, asking them what they wanted to be. He gave the animals their colors and songs and thus created the world.
WAKUÃNAI
Ancestors of the Jaguar

Evidence suggests that the upper Rio Negro/upper Orinoco was occupied from at least 3500 years ago, with the first European contact in the mid-16th century. Fairly continuous contact was made from the mid-18th century, when the Portuguese and Spanish slave trade penetrated the region. 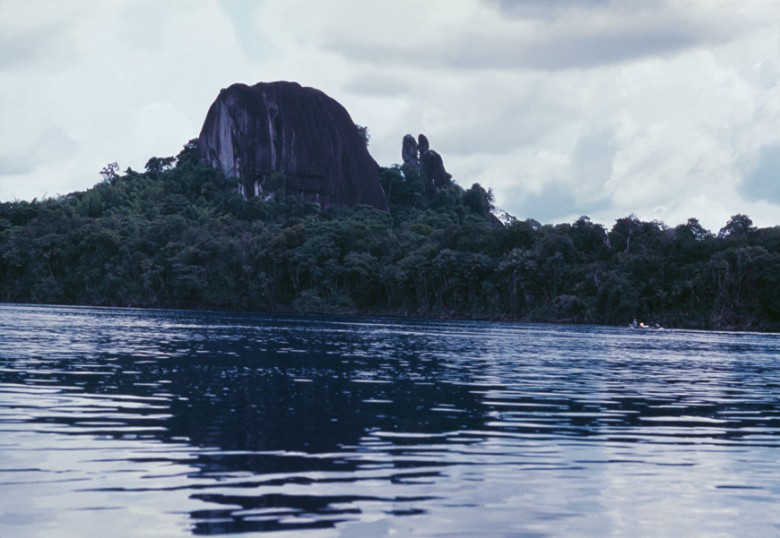 Casiquiare River, rock of Curimacare
WakuÃ©nai means WakÃº-speaking people; their language is of the Arawak family. They are also known as Curripaco. WakuÃ©nai territories extend into the Amazonian regions of Venezuela, Colombia, and Brazil. In Venezuela, they are concentrated in the Casiquiare district of the state of Amazonas, near the Atabapo, GuainÃ­a, and Orinoco rivers.

The WakuÃ©nai continue to produce traditional crafts for which there is a market demand, like baskets, mats, and criollo-style woven hats. 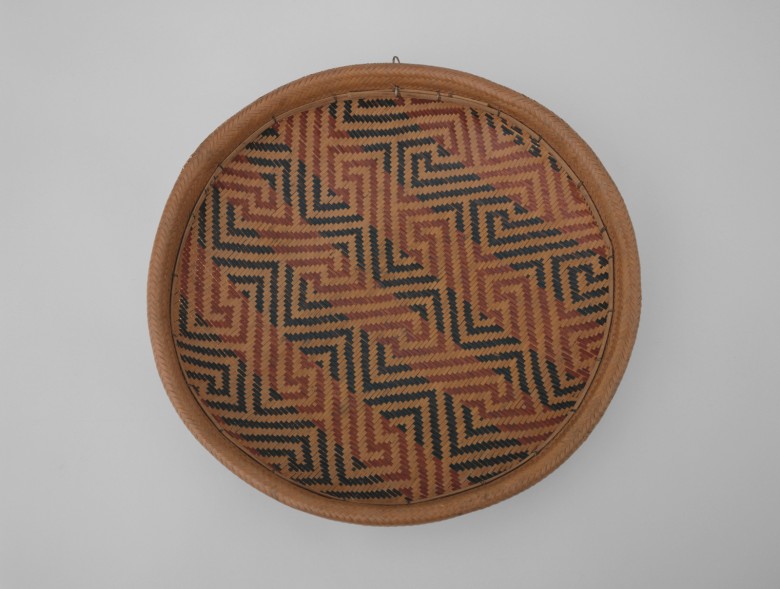 This whirlwind pattern evokes a ghost or a spirit that travels by using the rainbow as a vehicle, accompanied by a snake that turns into a long-haired man (or "swamo").
Guapa
Basket weaving used to be practiced exclusively by men. Now, due to its commercial success, women not only produce ornamental and commercial baskets, but have evolved new forms and techniques. 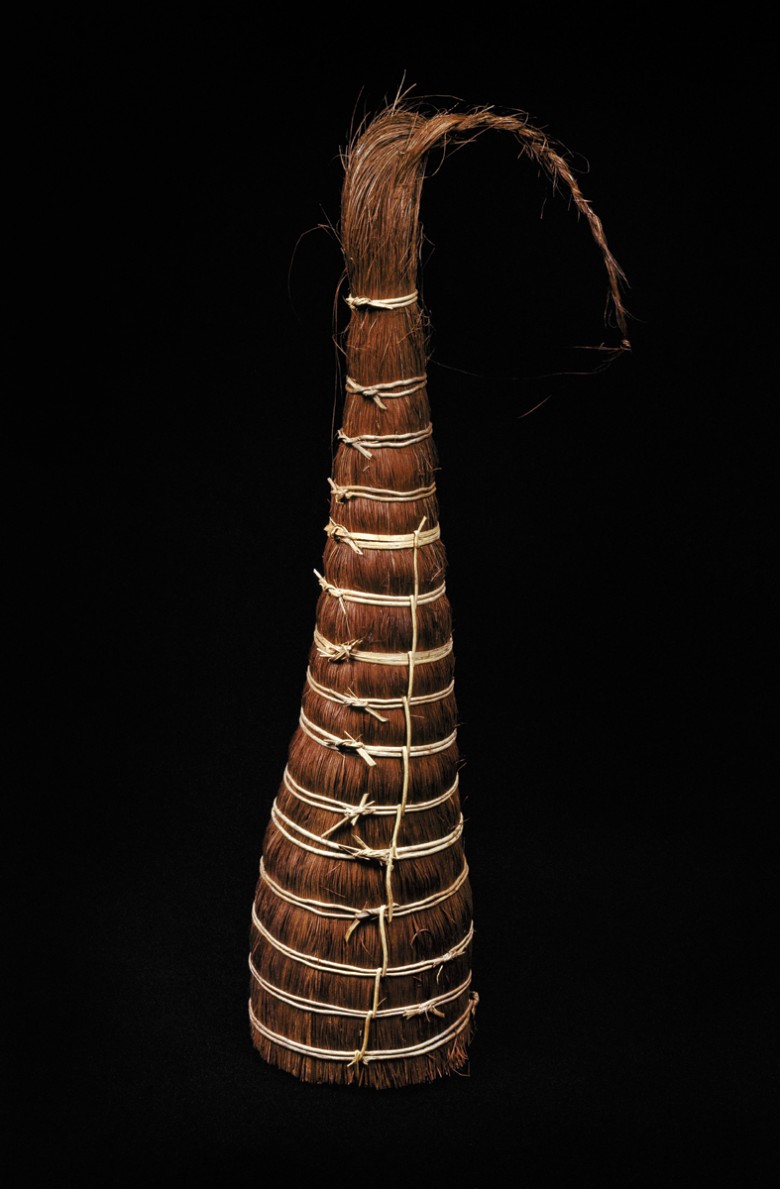 Chiquichique fiber
Today, the collection and sale of chiquichique fiber has become economically important to the WakuÃ©nai. In order to collect the fiber, which grows on the banks of rivers like the InÃ­rida or the GuainÃ­a, the WakuÃ©nai organize expeditions that last several months. 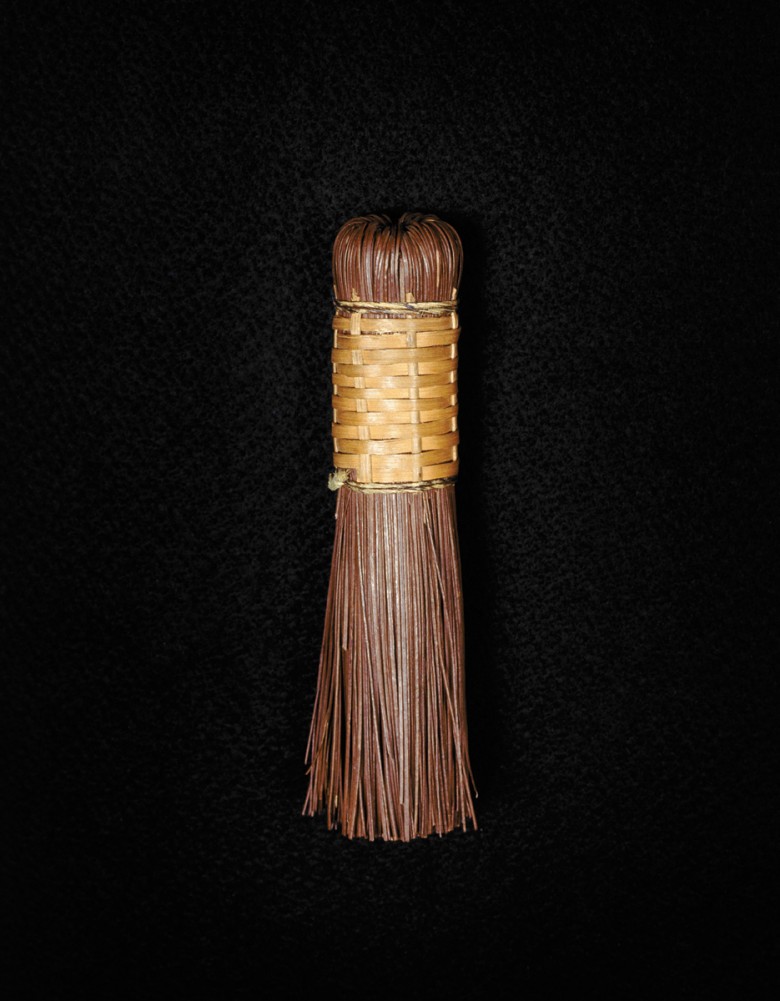 Broom
The WakuÃ©nai use chiquichique fibers to craft the brooms with which they spread yucca flour over the budare in the preparation of manioc or cassava.

Agriculture is not as important as it once was to the economy of the WakuÃ©nai. They have developed a market for the chiquichique fibers that grow on riverbanks, requiring a continuous effort that precludes tending crops, but they do still hunt and fish. 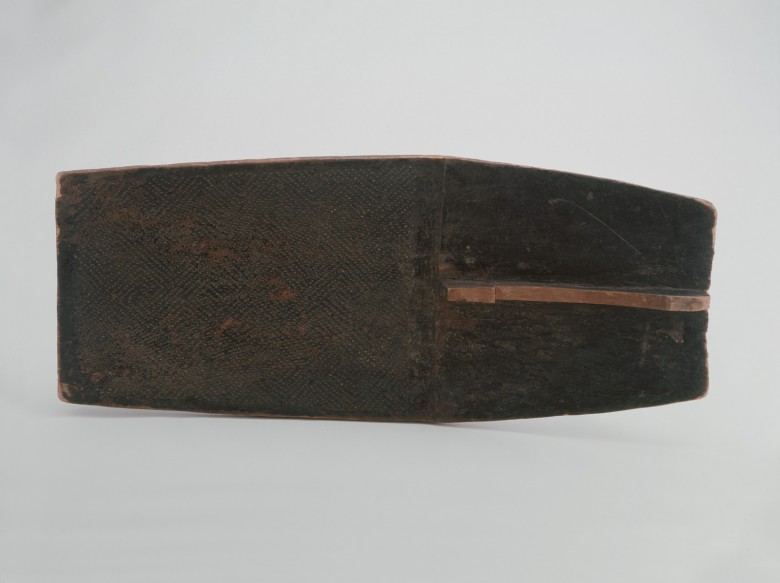 Usually made by women, graters, or rallos, are crafted by embedding sharp flint fragments randomly or in a geometric pattern in a flat piece of wood. The surface is later thickly coated with resins ("peraman" and "pendare") thatÂ  harden and fix the whole object. Rallos made in the Ye'kuana-De'aruwa (Piaroa) region are flat, with very elaborate patterns and sometimes decorated with painted motifs.
Grater
Like other ethnic groups of the region, the WakuÃ©nai practiced slash-and-burn agriculture. Cultivation began at the start of the brief dry season. During this time, known as Makwapidania, men selected and cleared the new conucos (farm plots) according to the mythical calendar of KÃ¡ali, creator of yucca. 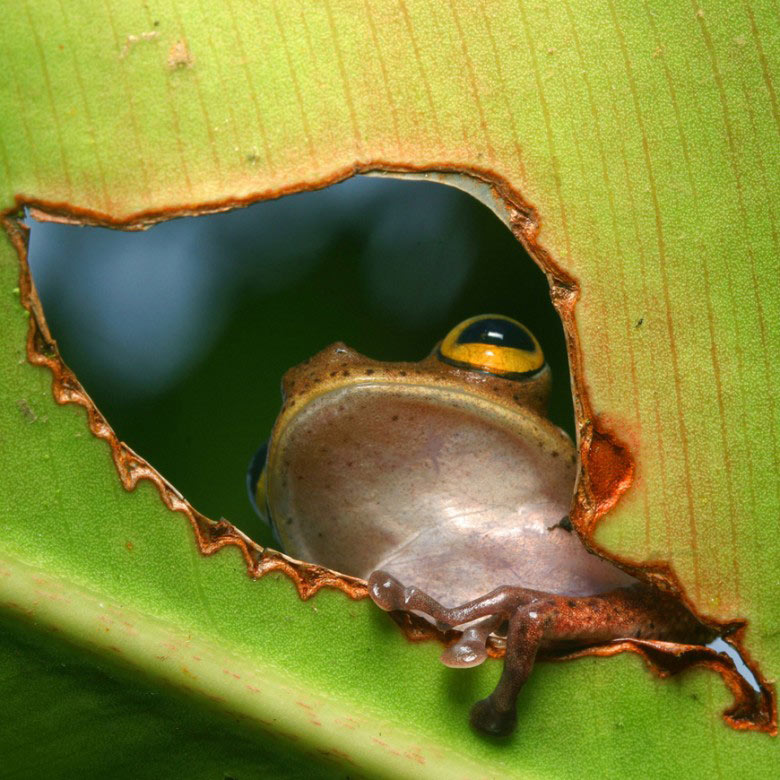 According to tradition, yucca was planted at the end of the dry season when the small frog MolitÃº, son of KÃ¡ali, began to sing. His croaking signaled the moment when a clearing was to be made and planting was to begin. 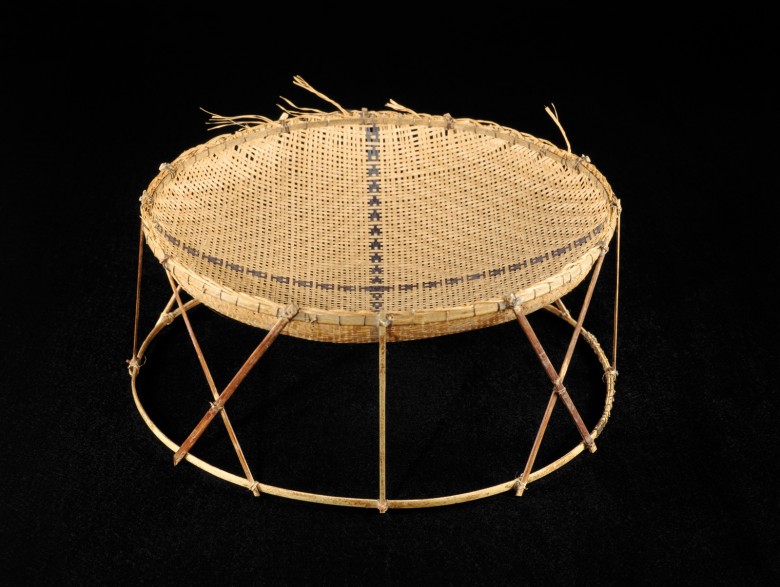 Sieve
The work of the WakuÃ©nai women centers around the processing of food. They carry, peel, grate, and press the bitter yucca; gather wood for fire; and toast the yucca pancakes, known as cassava, over enormous budares. 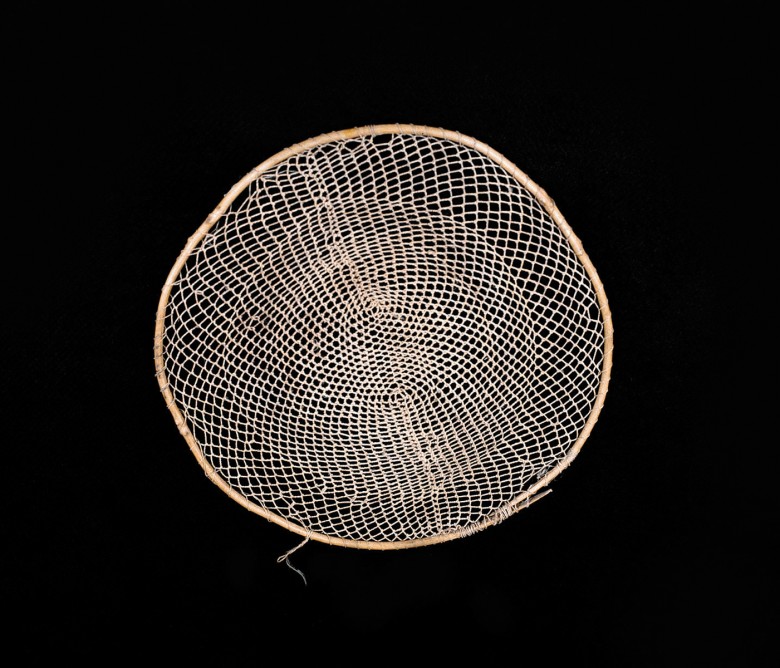 Net
Although the WakuÃ©nai at times were forced to take refuge in the forest to escape outside pressures or illness, they are most at home on the river.Â  Fishing remains an important and fundamentally male activity, even as blowguns, arrows, and spears have been replaced by modern means. They do, however, continue to use woven nets and traps. 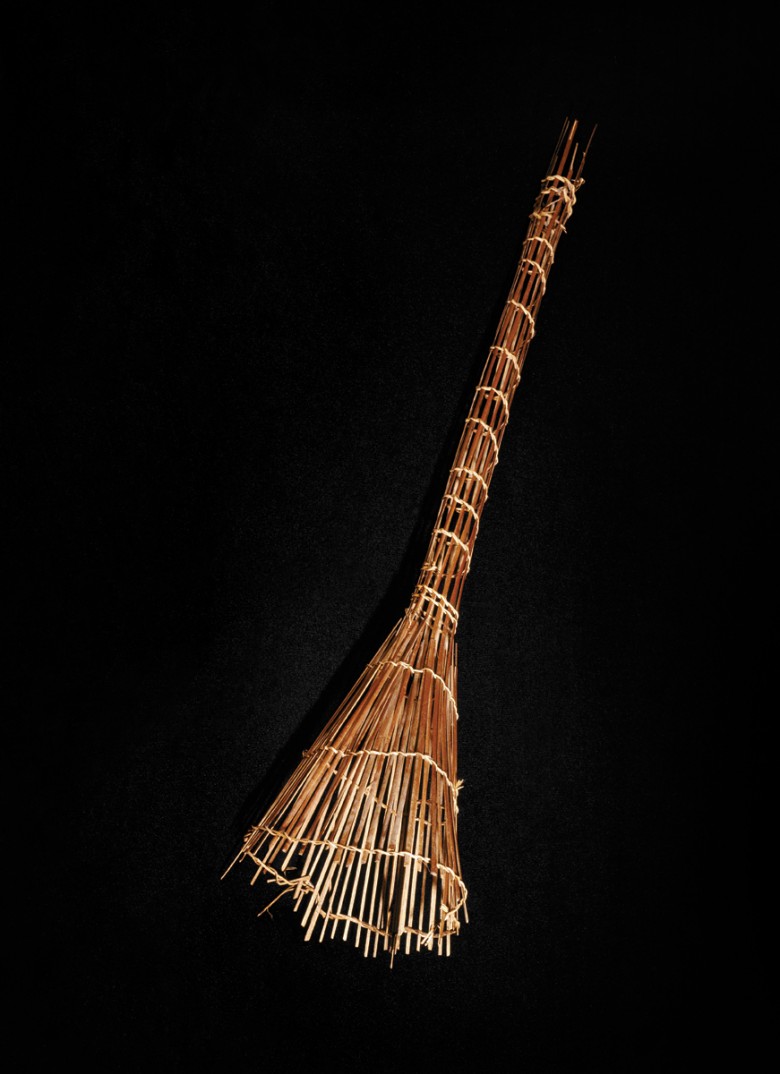 Bag net
Men still fish using the cacure, a woven fishing trap placed near the banks of rivers and channels. For large-scale fishing, the cacure is used in conjunction with barbasco, a toxin placed in the water to stun fish. Surplus fish are often salted or smoked, then sold in the local commercial market. 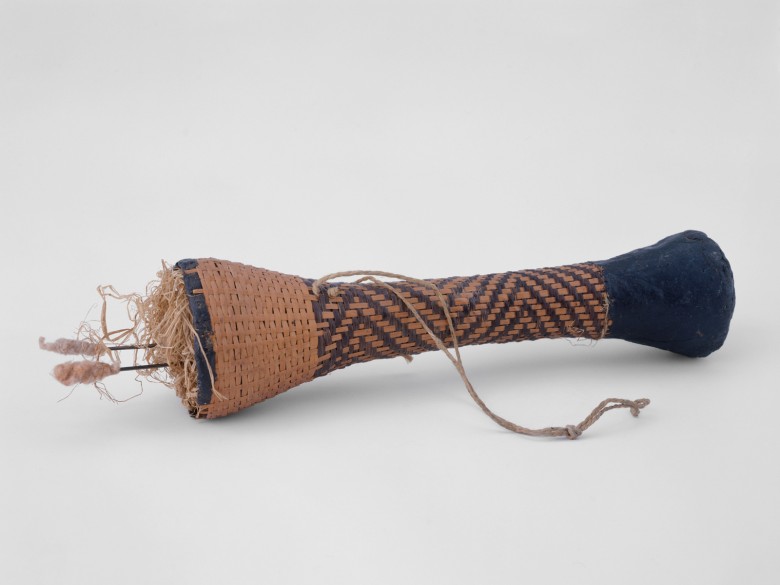 Tribes like the Hiwi, EâÃ±epa and the Arawaco groups on the GuainÃ­a-RÃ­o Negro decorate their quivers with elaborate geometric patterns, woven from colorful fibers.
Quiver
Hunting, also a male activity, requires guile, silence, patience, and absolute control over one's body. The WakuÃ©nai hunter, hidden in the foliage, tries to imitate the sound of the animal he wishes to attract.