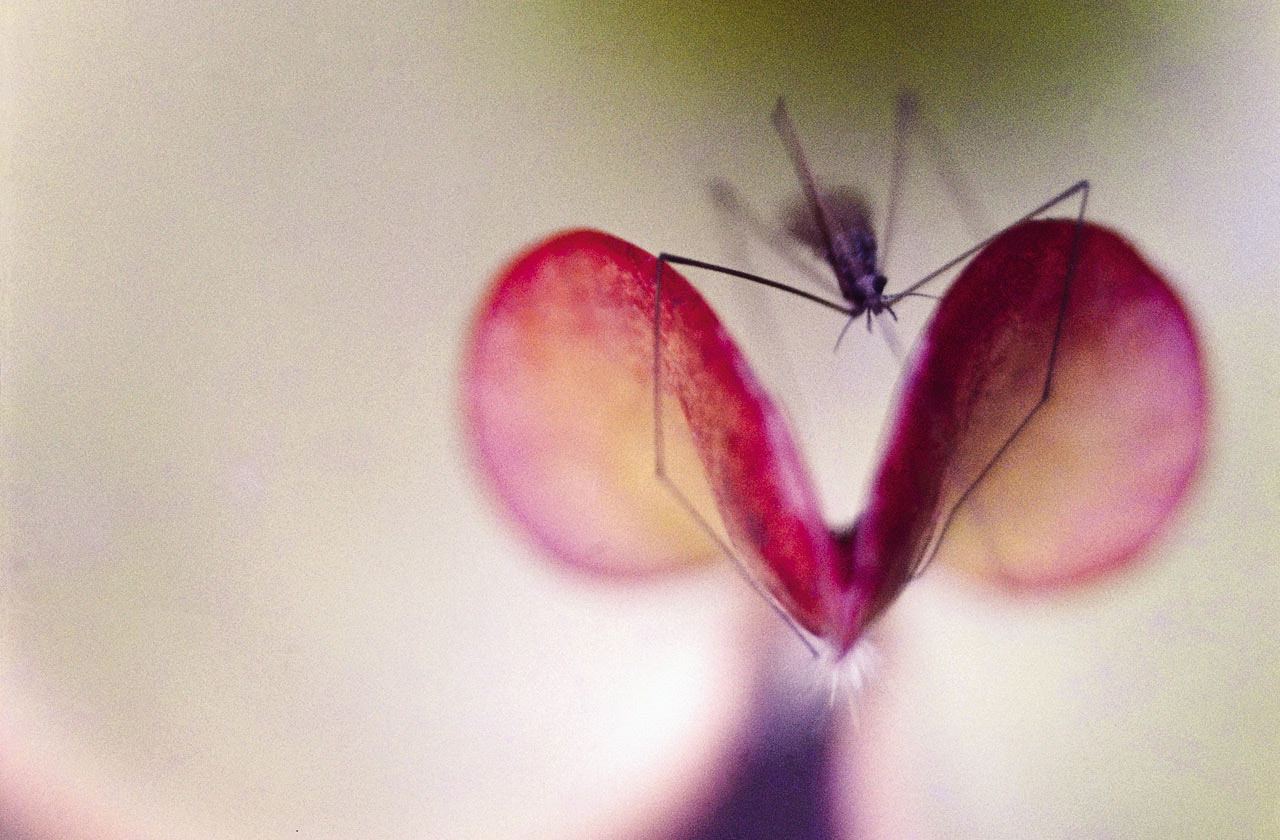 WAREKENA
Grandchildren of the Picure
Before NÃ¡piruli created the world, the bee-men and the bird-men fought for control. Kuwai, the Creator, came to the human realm to bring order to chaos. He expanded the territories and gave light to the world. With the help of his relatives, he taught the Warekena about food, music, technology, daily life, religion, and the customs that distinguish the sexes.
WAREKENA
Grandchildren of the Picure

A long history of harmful contact with missionaries, rubber traders, merchants, slaveholders, and colonizers has had devastating effects on Warekena culture. Among those enslaved for rubber extraction were shamans, the men charged with keeping the tradition and memory of the past alive. As these holy men died, they took with them the secret practices and sacred ceremonies of their culture. 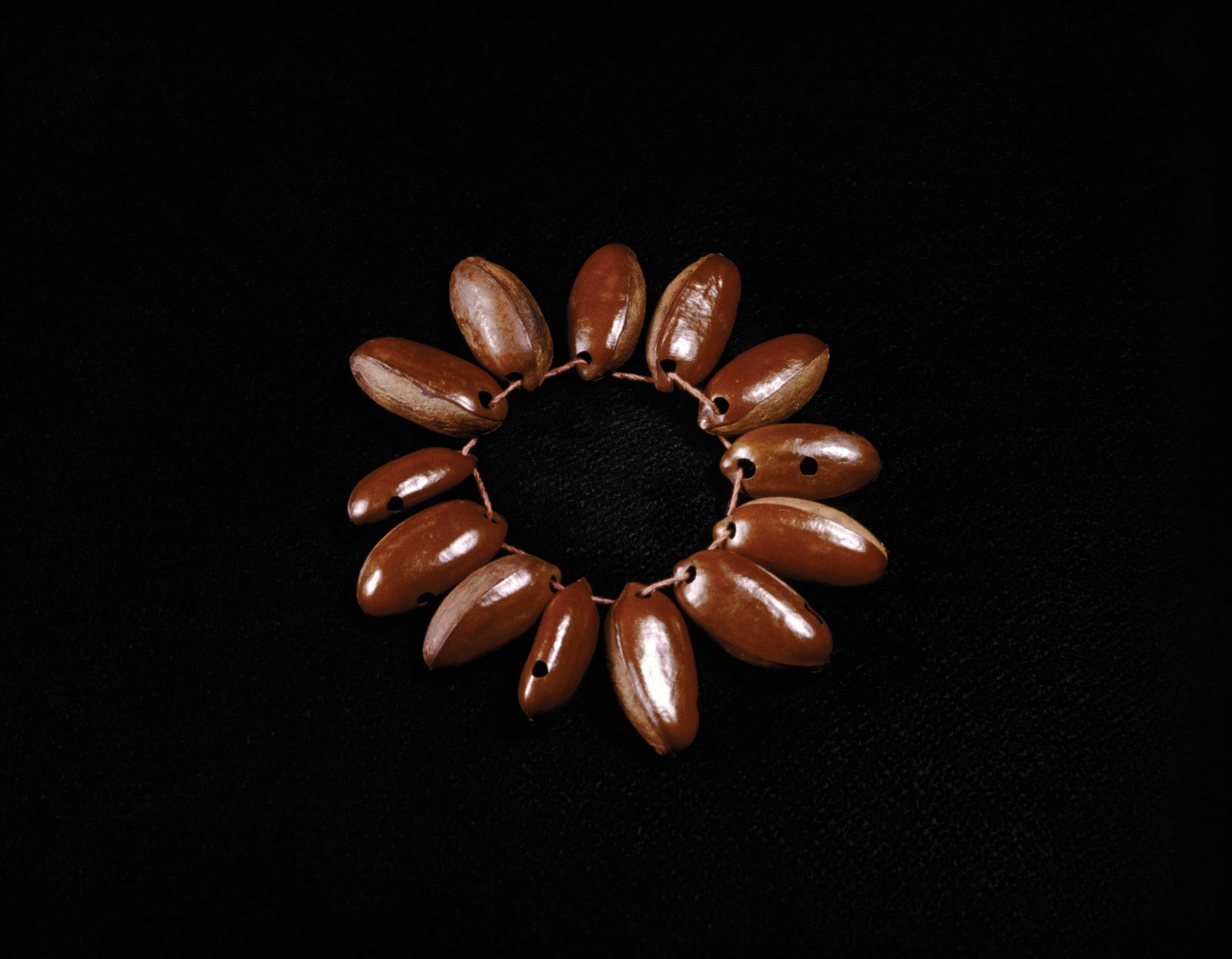 Warekena means "grandchildren of the picure," their sacred animal. The Warekena once belonged to a larger social and linguistic group made up of the Tariana, BarÃ©, Tsase, and WakuÃ©nai, whose root language is Arawak. As a result, there are extraordinary similarities among those groups.

Today, the Warekena visit neighboring WakuÃ©nai shamans in the GuainÃ­a in an effort to revive some of the traditions. One such revival is the ceremony in which youths are initiated into the teachings of the Creator NÃ¡piruli, who taught the people the essence of being Warekena. Young men prepare for this rite of passage by painting their bodies with a red vegetable resin called chica, which symbolizes the blood of NÃ¡piruli. 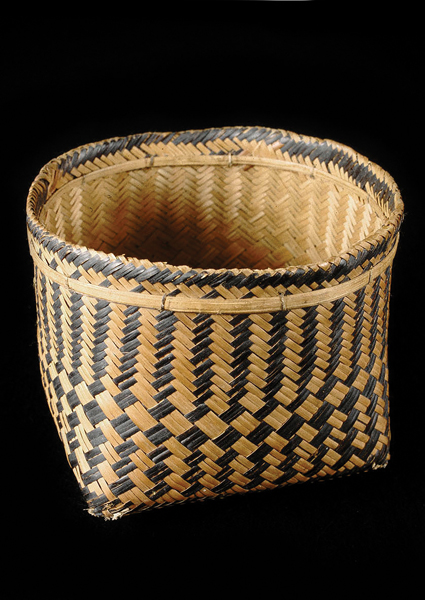 Among the shared beliefs of these groups is the creation of the world by NÃ¡piruli. 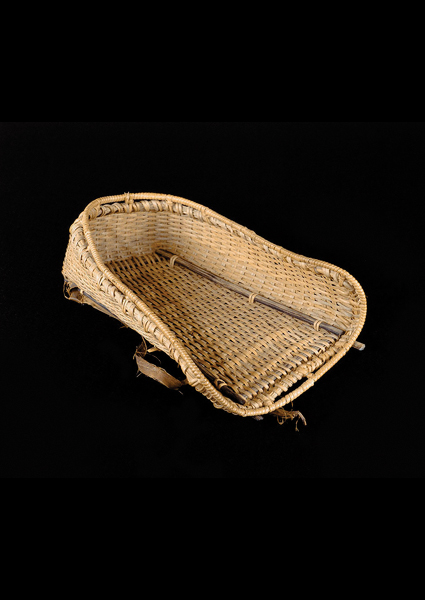 NÃ¡piruli gave the Warekena their essence, and taught them techniques, designs, and colors for basket making and pottery. 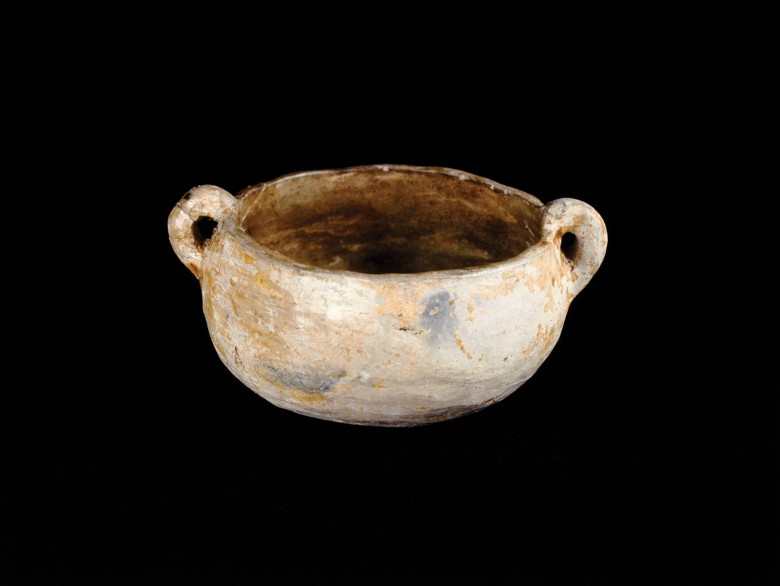 Pot
According to tradition, the cultural hero, Mjumpe Numana, deposited clay for their pottery into the rivers. For this reason, the pottery of the Warekena is intimately linked to magical-religious beliefs that govern its production. The introduction of metal pots and aluminum utensils has caused the gradual disappearance of the craft.

Traditionally, the Warekena utilised available materials such as clay from the river, wood, and plant fibers, dyes and resins to make the things they needed, though many artisanal practices have been discontinued. 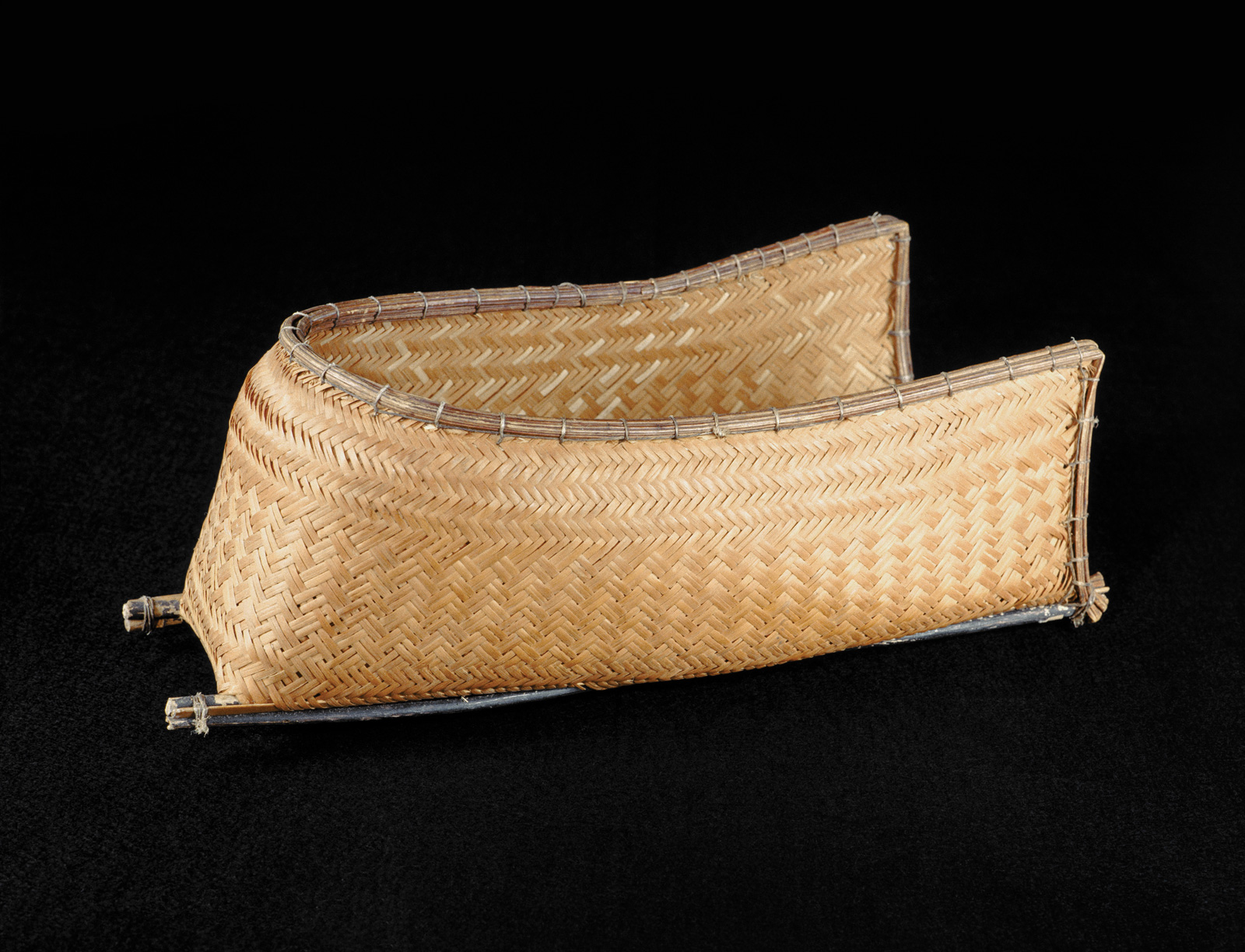 The "catumare" is a long basket carried on the back and used to transport food or other items. Lightweight, the basket is fabricated from cucurito fibers (Maximiliana regia), with two strips of majagua (Anaxagorea acuminata) added for the arms. It varies in size to fit children and adults.Â  Some have an intricate woven pattern, indicating the unity of spiritual and daily life.
Catumare
The Warekena do maintain the tradition of making guapa and manare baskets, the latter used for processing bitter yucca into edible food. They also make baskets used for carrying goods called catumares.

In order to survive, Warekena dedicate their free time to slash-and-burn agriculture. Their lands, similar to other groups in the region, are located in the San Miguel channel region. 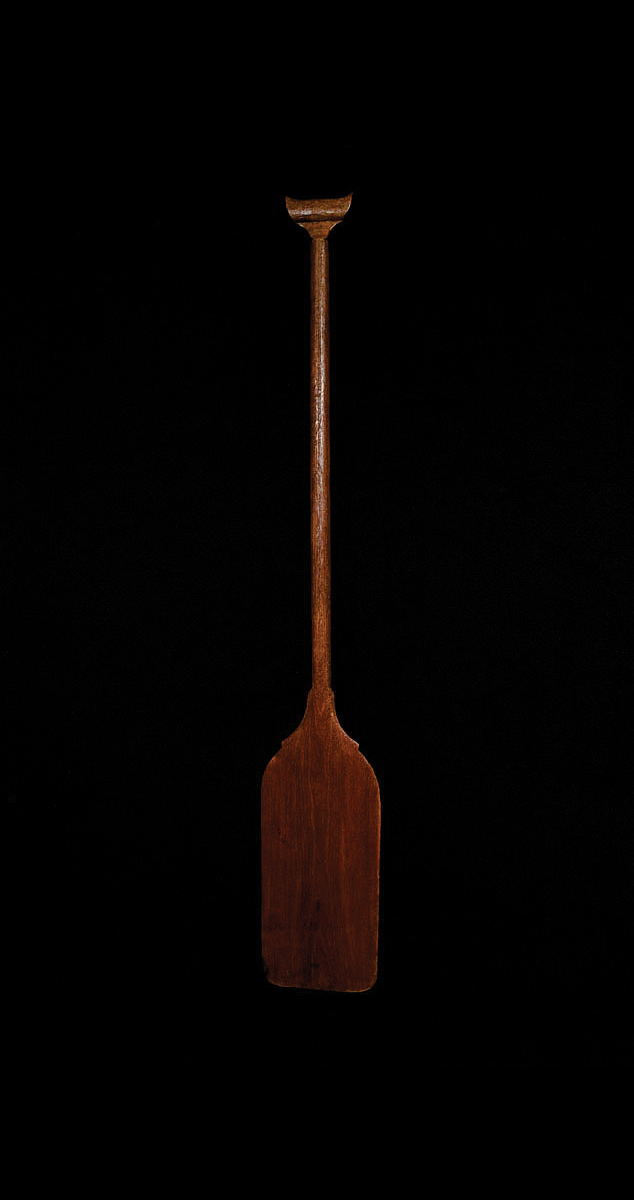 Paddles
In addition to small-scale farming during the dry season, the Warekena fish using cacures, fishing traps, and nets woven with cumare fiber. Although less known for their nautical skills than the Ye'kuana, the Warekena are nonetheless able navigators and manufacturers.

Many Warekena families migrated toward the Orinoco, the Atabapo, and Puerto Ayacucho as a result of colonization and violent exploitation by rubber traders between 1913 and 1948. 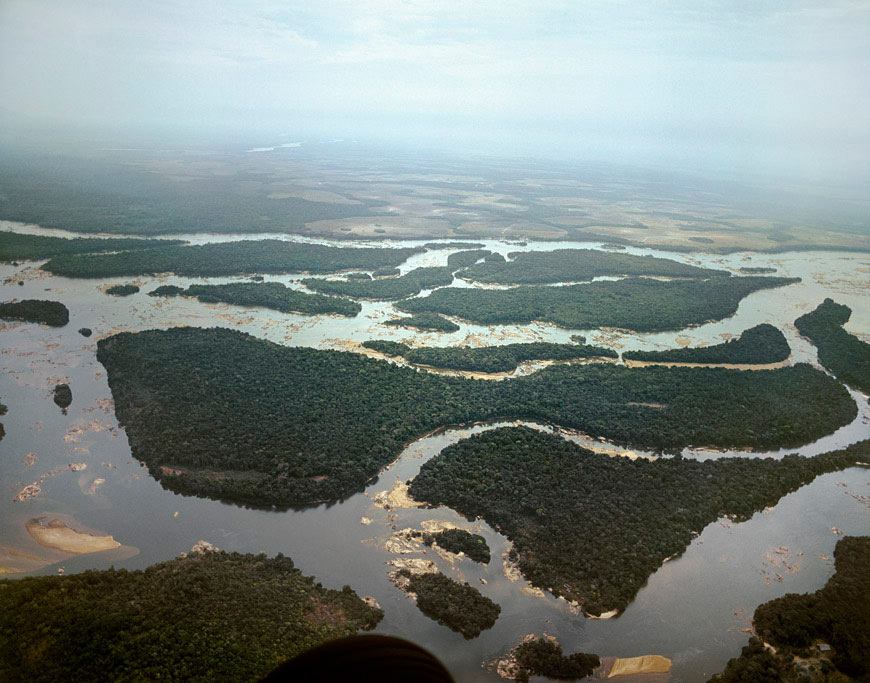 Streams in the middle Orinoco, at the mouth of the Ventuari River.
The Warekena still live in river communities,Â  mostly in the Wayanapi and GuzmÃ¡n Blanco communities, near the GuanÃ­a-RÃ­o Negro, and along the San Miguel or Itini-Wini channel.