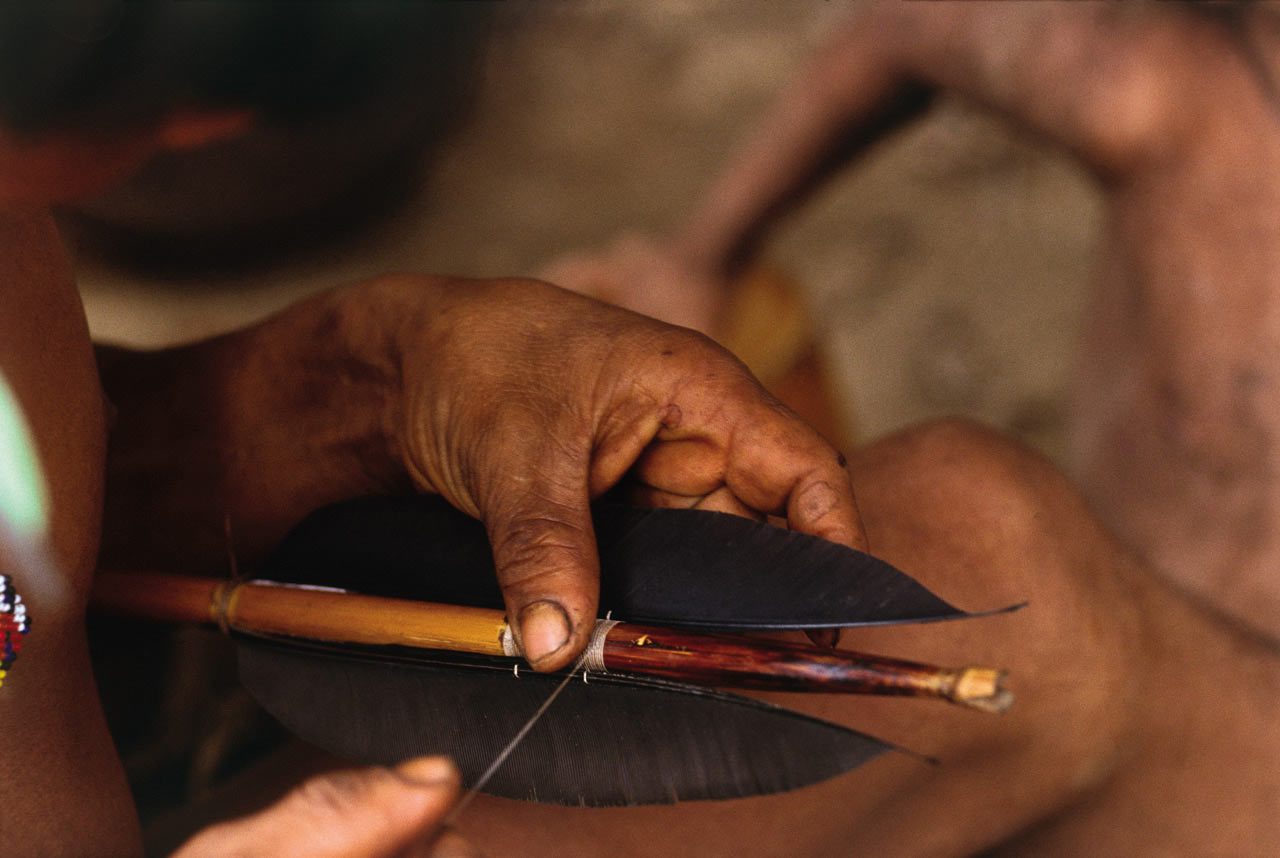 HOTÃ
Hunters of the Maigualida
It is said that the HotÃ¯ shamans can kill with a single breath. When provoked, they blow a magic powder, called madÃºa, into the air that causes sickness. The powder also protects them from the dangerous animals of the jungle. Yet the HotÃ¯ shamans also cure. They do this in curing sessions performed in complete silence, without singing, without playing maracas, or using tobacco or other substances.
HOTÃ
Hunters of the Maigualida

Little is known even now about the history of this group, in part because of their geographic seclusion. Protected by dense forest and rivers which are difficult to navigate, the HotÃ¯ have been insulated from the invasion and exploitation that affected the region during the first half of the twentieth century. 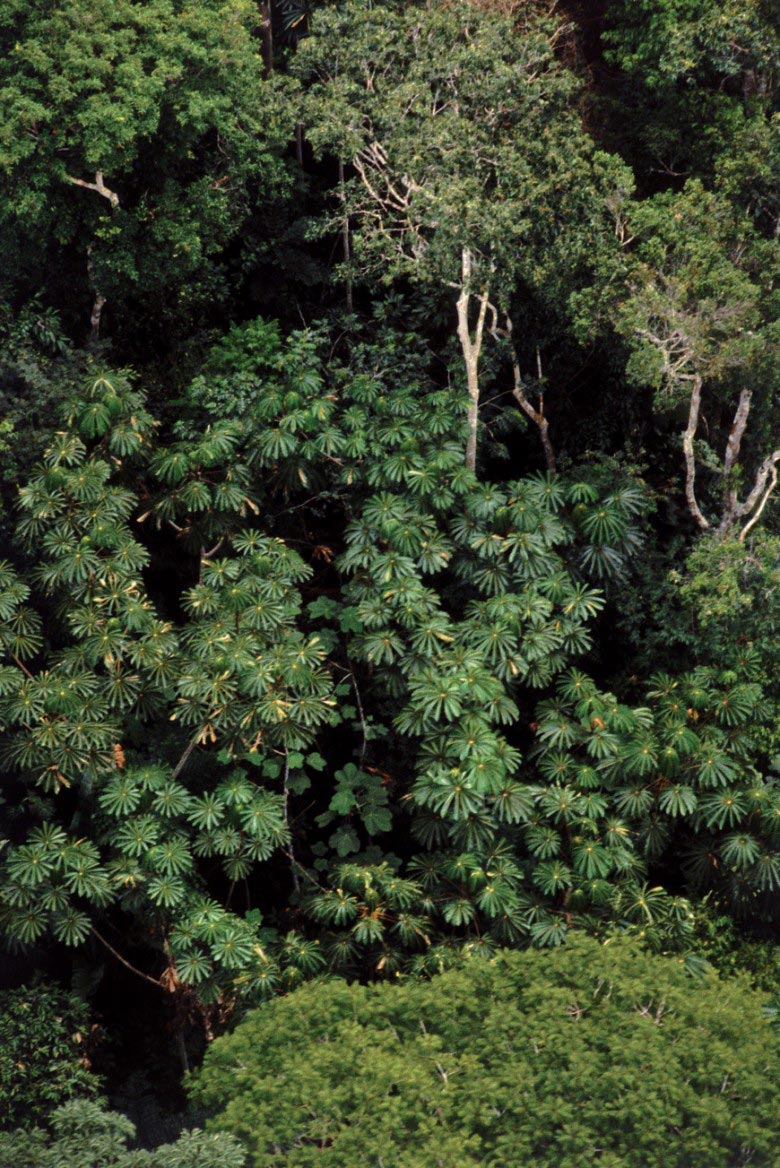 The word closest in meaning to HotÃ¯ is "man." Although the origin of the HotÃ¯ language is unknown, some believe it is related to the languages of the De'aruwa and SÃ¡liva. Others find similarities in vocalization and nasalization to the Yanomami.

The HotÃ¯ live within the middle-superior basin of the Orinoco, northeast of the Escudo GuayanÃ©s. They occupy jungle regions bounded by the Kaima River in the north, the Maigualida mountain range in the east, the Asita River and Majagua channel to the south, and the Parucito and Cuchivero rivers to the west. 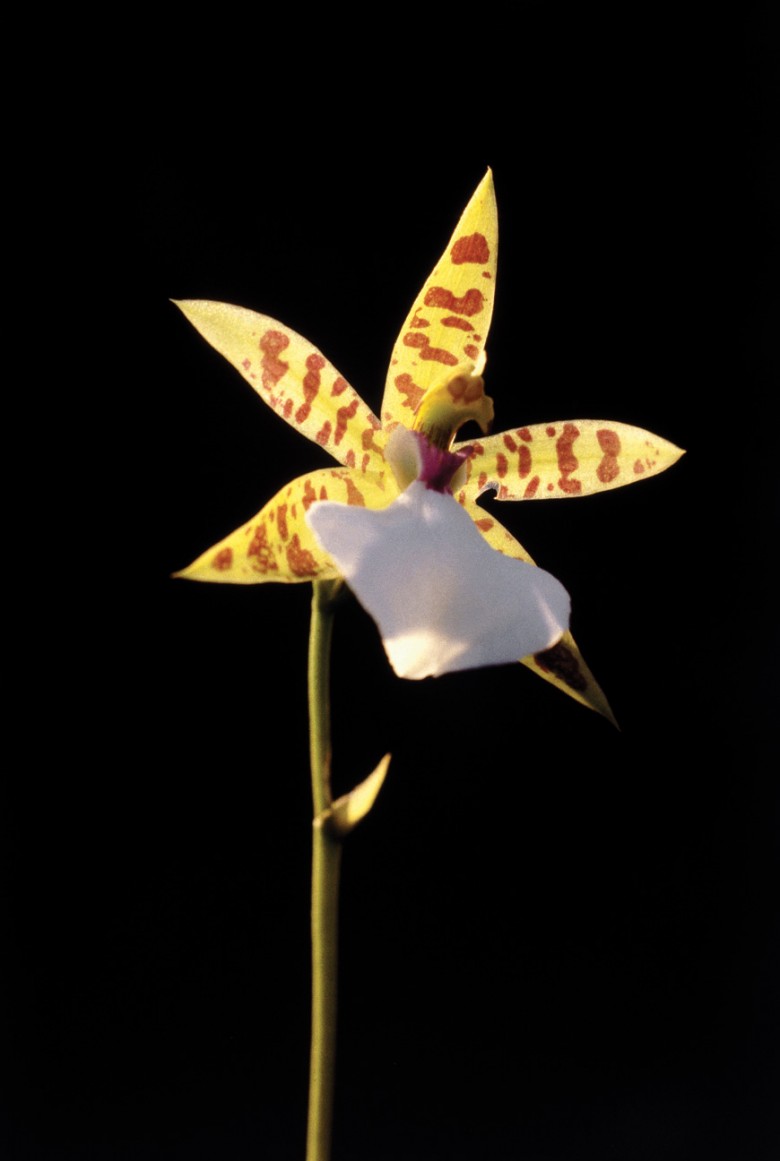 One to four related family groups live in temporary settlements. They move often, particularly during the dry season. A house may include one family or be shared communally, in which case, each family has its own area for sleeping, cooking, and personal belongings. 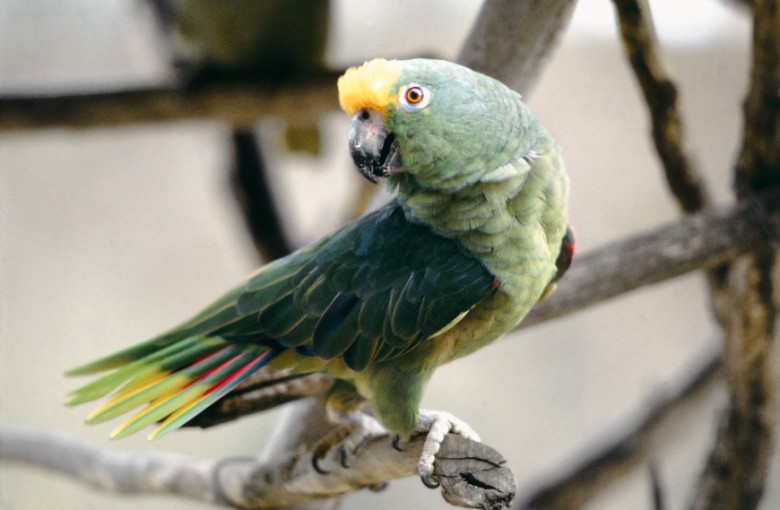 The HotÃ¯ have domesticated several types of animals as pets: monkeys, agouti, chiguire, turkeys, parrots, toucans, owls, pheasants, cranes, and woodpeckers among them.

Plaintains are the most important plant food of theÂ  HotÃ¯, who plant small gardens in addition to gathering food from the forest. During the dry season, theÂ  HotÃ¯ hunt tapir and peccaries as well as smaller game. The game is shared, with the head, breast and front legs going to the hunter, and the remainder divided among relatives. 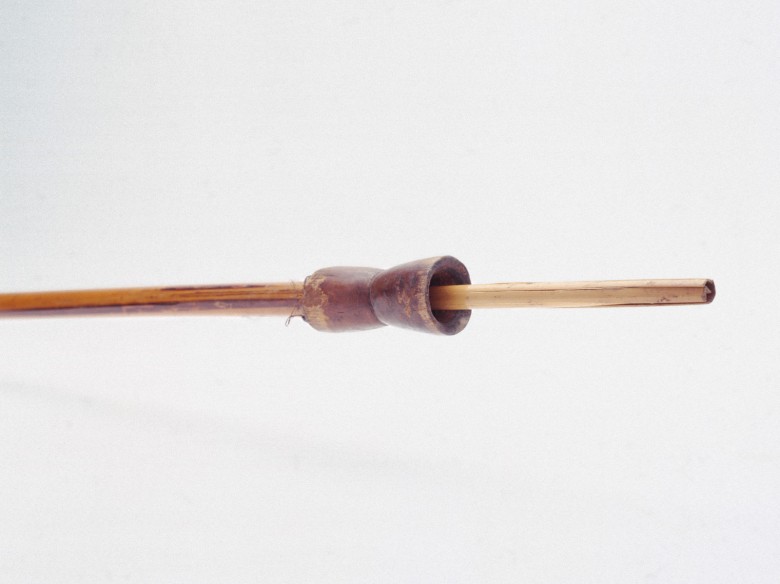 This cerbatana is extremely long, which multiplies its precision and potency. This was the first HotÃ¯Â  object that GonzÃ¡lez NiÃ±o collected, since this culture was unknown until the early 1970s.
Blowgun
To hunt small animals, theÂ  HotÃ¯ employ a variety of techniques. TheyÂ  make lures; set traps, or build blinds out of vegetation from which they can kill their prey with blowguns and curare-treated darts.

In the northern area of their territory, near the Kaima and Cuchivero rivers, theÂ  HotÃ¯ have ties with their neighbors, the EâÃ±epa. The two ethnic groups produce similar housing, cotton hammocks, cooking utensils, musical instruments, basketry, clothing, and body decorations. 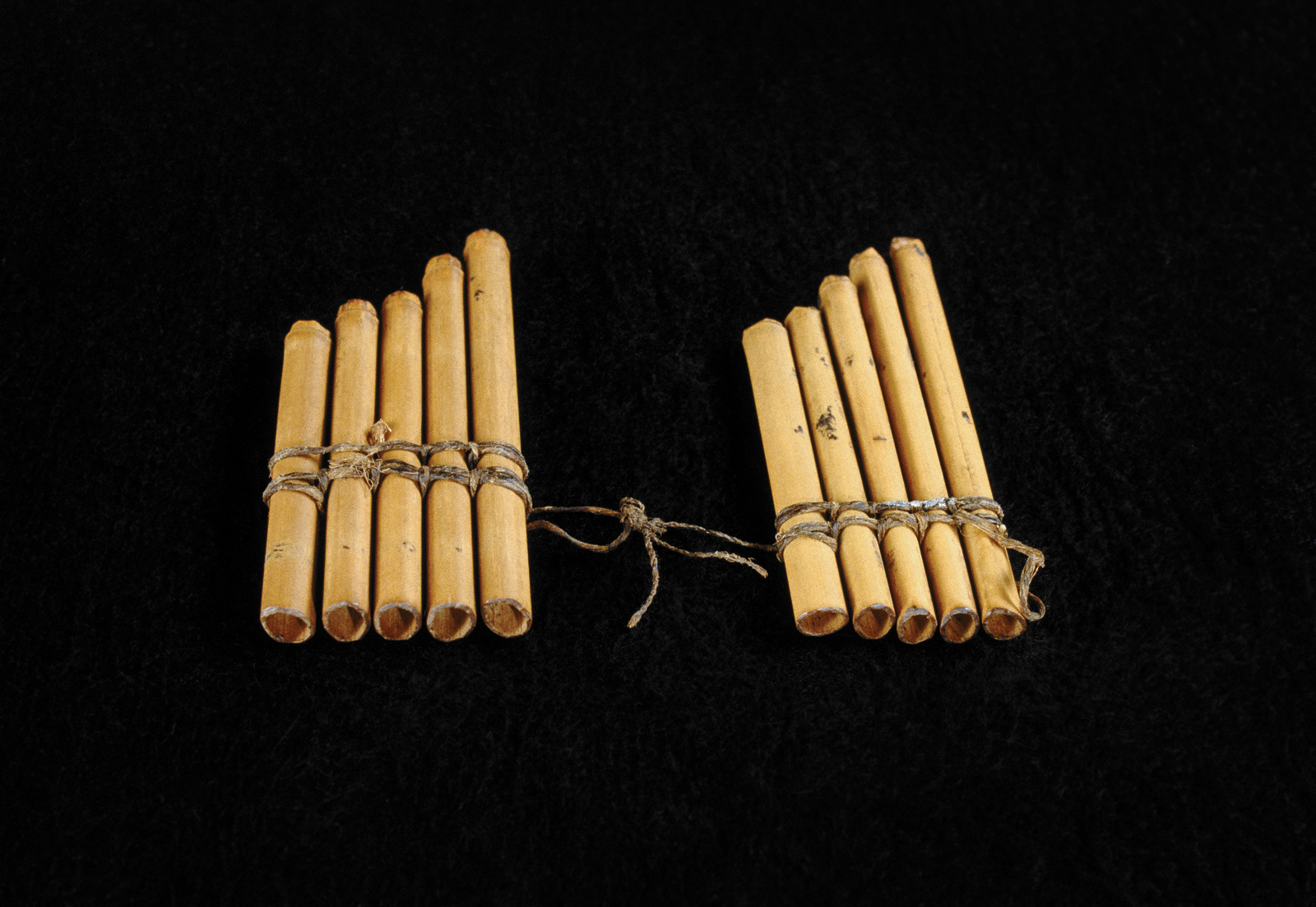 This piece from the Iguana estuary, a Ventuary River tributary, is extremely unusual since the HÃ¶ti, like the Yanomami, rarely use musical instruments.
Panpipe 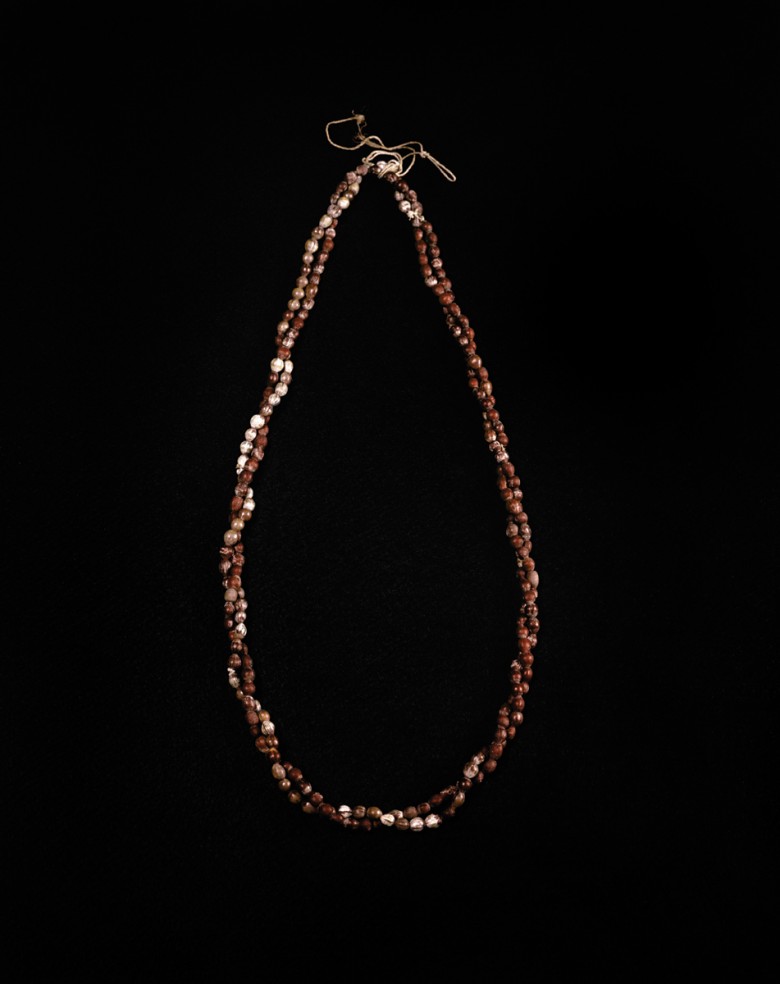 Necklace
Unlike the EâÃ±epa and other ethnic groups, the HotÃ¯ do not use bird feathers as adornment. They do, however, make necklaces from seeds, bird beaks and bones, and danta hooves. They also pierce their ears with bamboo shoots, bÃ¡quiro teeth, or slivers of monkey bone, and use vegetable dyes for body painting 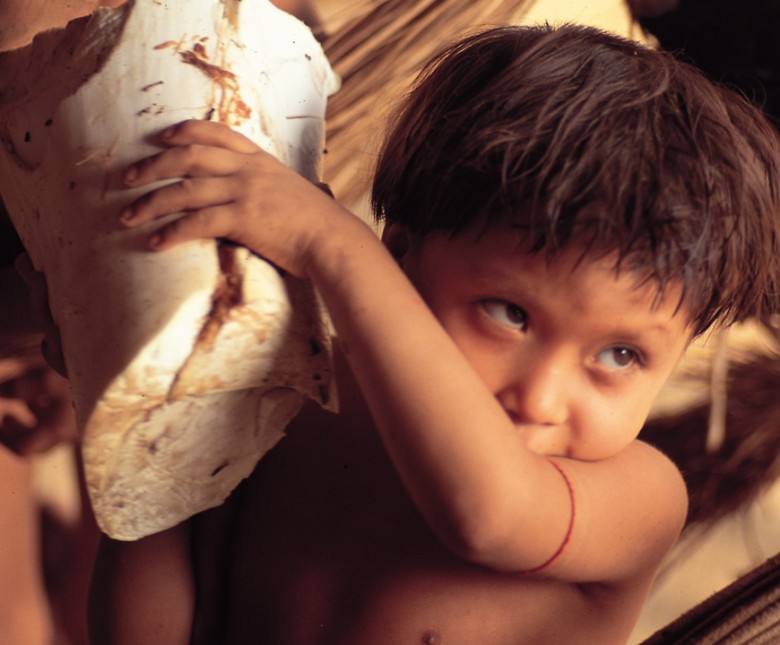 Through EâÃ±epa influence, the HotÃ¯ have begun to wear guayucos, or loincloths, which they also fasten with belts of human hair. Usually woven in cotton, men wear a rectangular strip tied around the waist; women just cover their pubic area. In addition to wearing loincloths, adults tie strips of cloth or human hair around their wrists, legs, and ankles. Boys tie cotton string around their bodies. 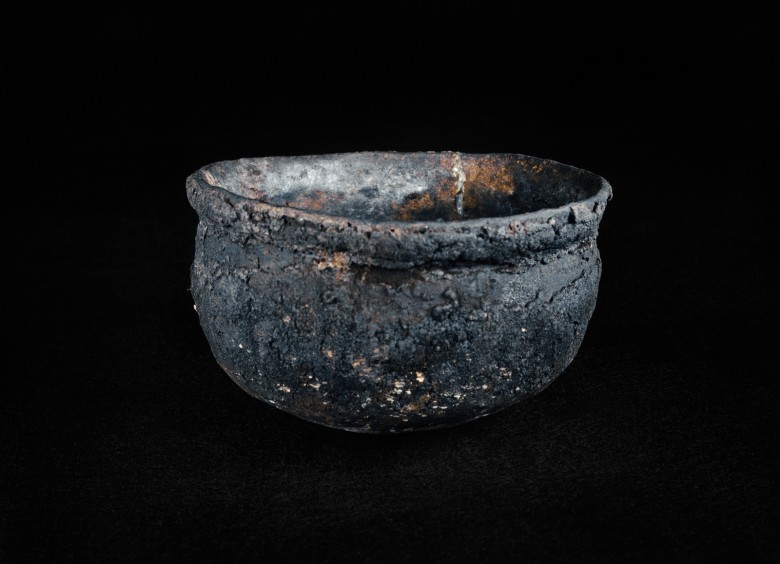 The HotÃ¯Â  live in an isolated area that is removed from cultural exchange. Therefore, the cooking vessel has a primitive design and thickness. The amount of soot is evidence of its extensive use.
Vessel
HotÃ¯ ceramic artistry also reveals an affinity to that of the EâÃ±epa. Vessels are formed from rings of clay that are smoothed together with a piece of a gourd. Once dried, they are baked over an open fire. Gourds also are used as containers to store and serve food and water.