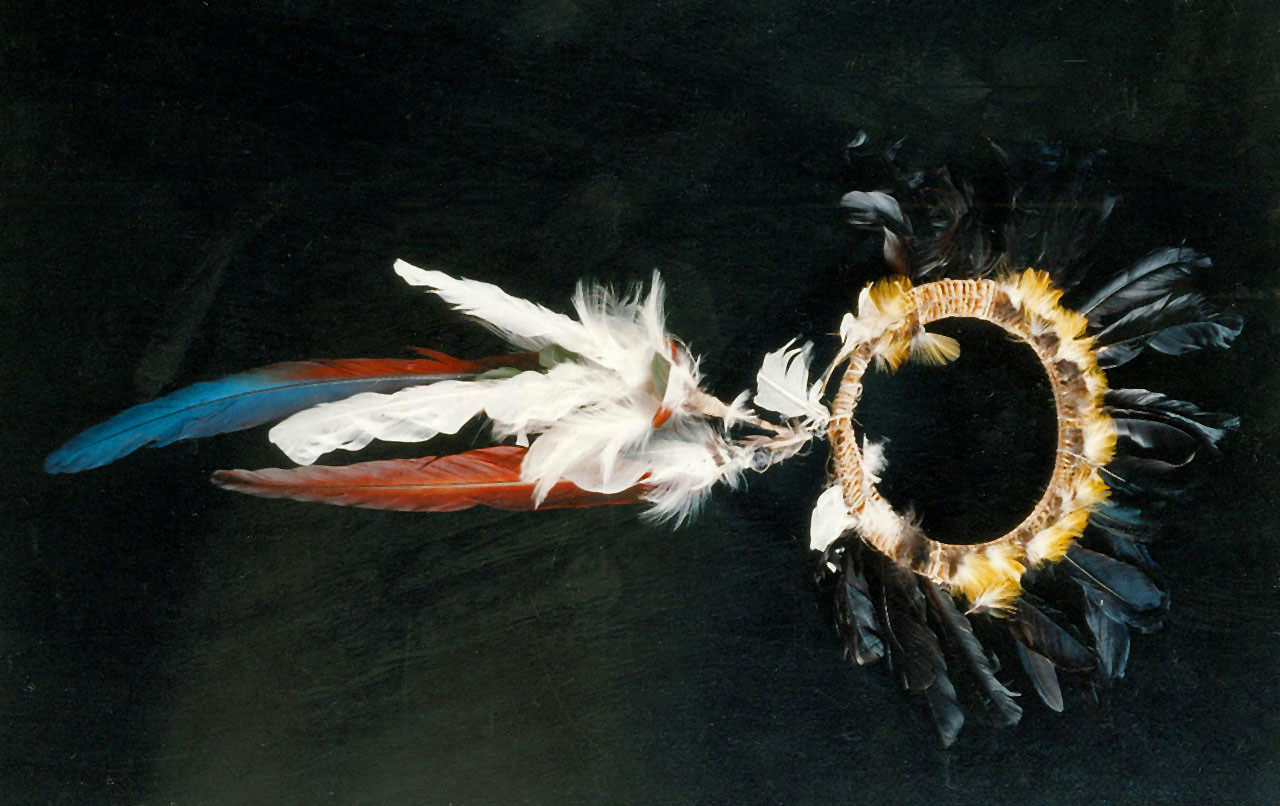 BANIWA
Craftsmen of Bamboo
In the beginning there was no light and only NÃ¡piruli, the Creator, could see through the darkness. First he made Dzuuli, his younger brother. The creation of men and women came next, followed by that of the world, light, land, water, plants, and animals. NÃ¡piruli made the seeds of each plant: one of yucca, one of pineapple, one of sugarcane, and one of plantain. Then he taught the women to plant, to harvest, and to weave the catumare, the magical basket used for collecting and transporting food.
BANIWA
Craftsmen of Bamboo

Like other ethnic groups of the RÃ­o Negro region, the Baniwa suffered greatly from exploitation by the rubber industry during the early 20th century. Their numbers were diminished and their culture transformed. 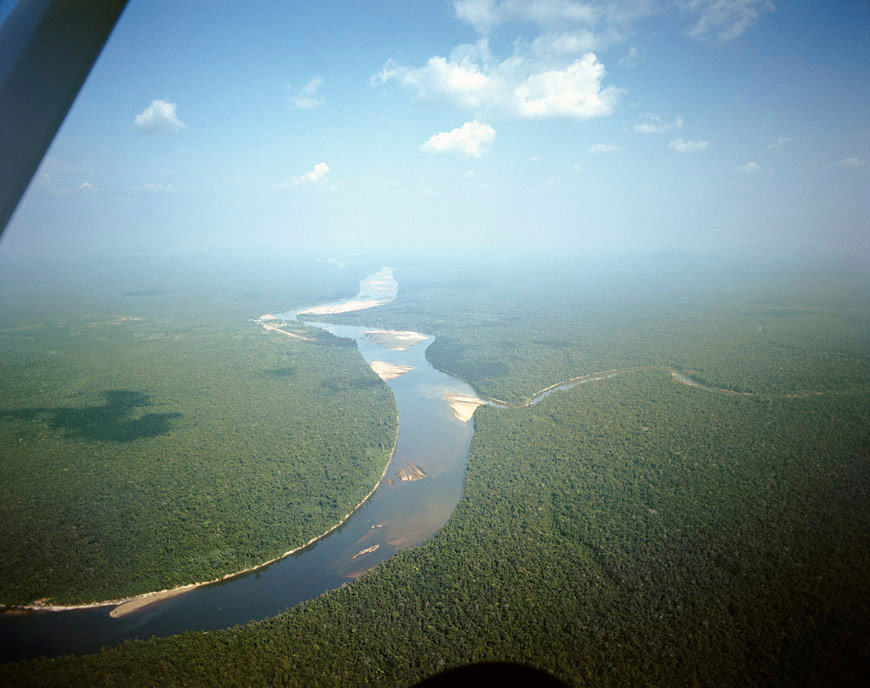 Union of the Casiquiare estuary with the Orinoco at Tama-Tama. It was explore in 1880 by Alexander Von Humboldt.
Despite acculturation and assimilation, the Baniwa have retained some of their ancient mythology. Their Creator NÃ¡piruli (IÃ±Ã¡pirrikÃºli) is a deity also honored by other Arawak groups of Southern Venezuela and Colombia. The Baniwa belief system has much in common with the Tsase, Warekena, WakuÃ©nai, and BarÃ© peoples. 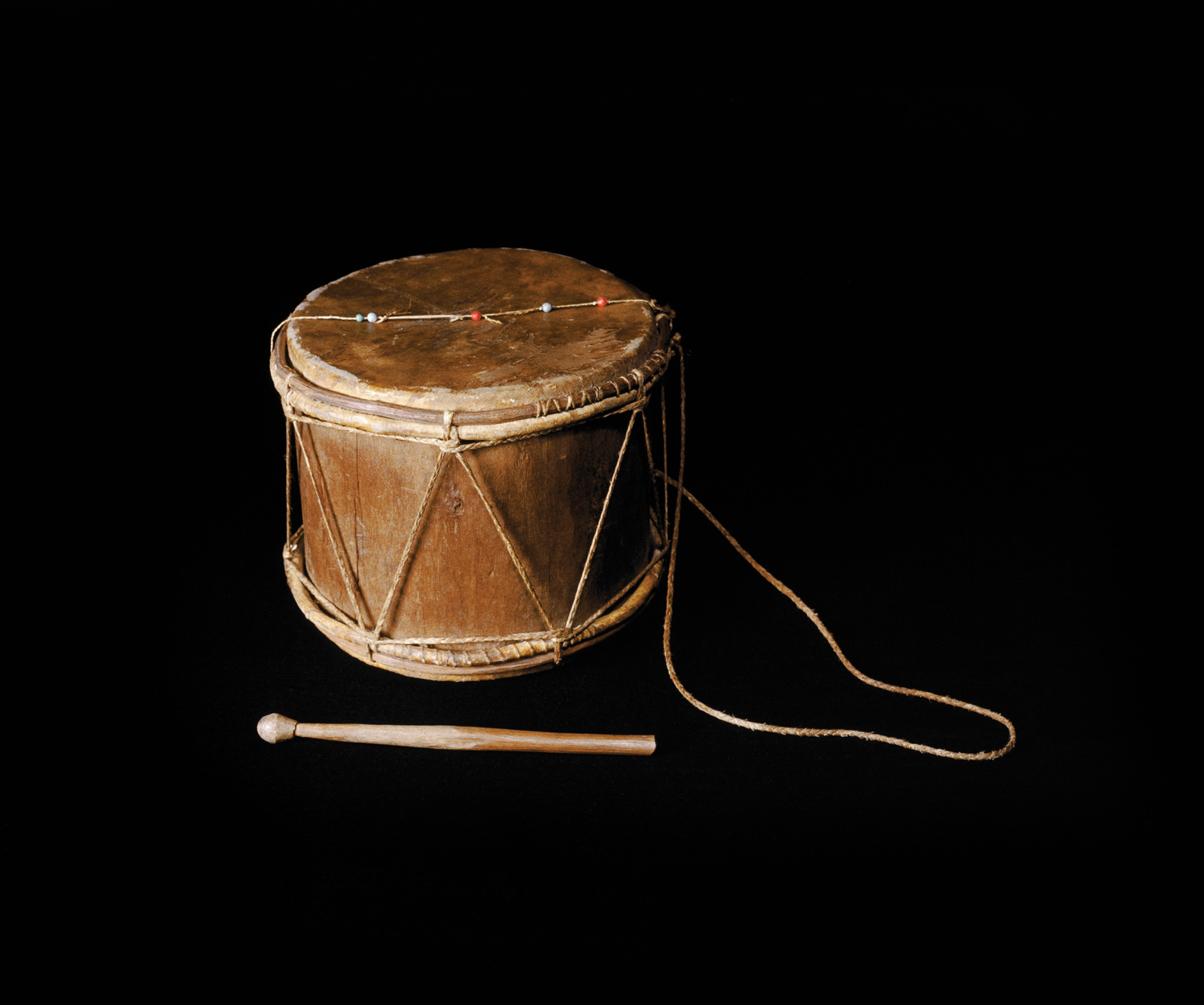 Drum with Drumstick
The Baniwa, also known as the Curripaco, speak a language belonging to the Arawak linguistic family. Like their belief system, their language is closely related to that of the BarÃ©, Tsase, Warekena, and the WakuÃ©nai. It is spoken by approximately two thousand people scattered throughout Venezuela, Colombia, and Brazil.

The Baniwa live on riverbank villages and in some urban centers.

The Alligator (Caiman crocodilus) lives in the vast region of the Venezuelan âllanosâ or grass lands.
Today the remaining Baniwa live in Maroa, capital of the department of Casiquiare in the Venezuelan state of Amazonas, and in Colombia, near the CaÃ±o Aquio and the Isana River. The regionâs history of violence also spurred migration toward San Fernando de Atabapo, San Carlos de RÃ­o Negro, Santa Rosa, Puerto Ayacucho and the XiÃ© River in Brazil. 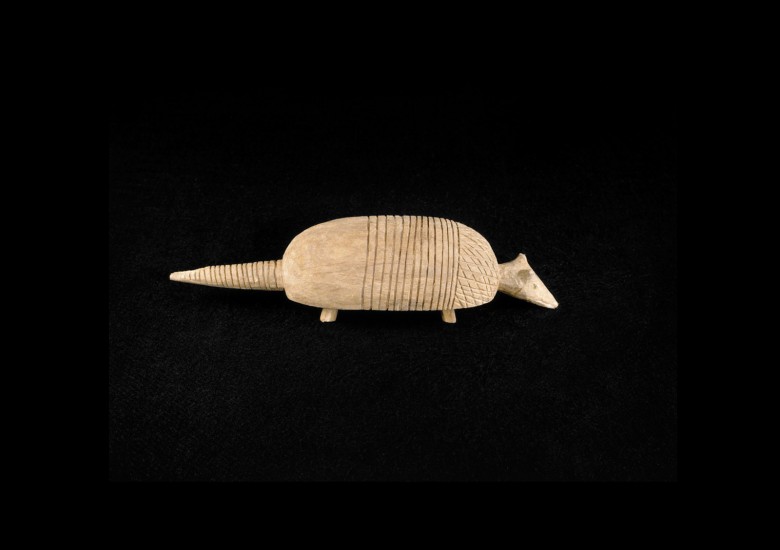 This toy armadillo was carved from a piece of balsa wood.
Armadillo
The progressive abandonment of their ancestral ways of life has made the Baniwa increasingly dependent on industrial products, including food. The Baniwa still do seasonal hunting and gathering, but as their children attend criollo schools, it is difficult to coordinate collective activities with the school calendar.

As all indigenous peoples of the Amazonas region, the Baniwa fabricated the things they needed for their rituals and daily life from the natural materials around them.

Among the traditions the Baniwa still practice are music-making, dance, and the generational transferrence of their legends and beliefs.

Like the BarÃ©, the Baniwa attribute the weather to the Ãparo. They are Mawali, or malignant spirits, who navigate the turbulent and dark waters of the GuainÃ­a and RÃ­o Negro in tiny curiarasÂ  bringing rain, wind, and fog. If seen, they knock over the humansâ curiaras, sinking their fishing tools. The Baniwa nonetheless venture out into the rivers, like their forebears, in search of sustenance.